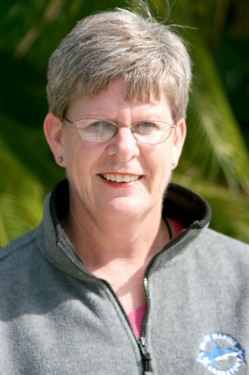 Mote Marine scientist and START’s Executive Board Member, Dr. Barbara Kirkpatrick, has been elected  the co-chair of the National Harmful Algal Bloom Committee.  The NHC brings together authorities from research organizations, government agencies, communities and other groups to focus on harmful algal blooms while raising national-level awareness of bloom related issues.

Barbara was elected by a vote among NHC members, and she began her two year term in July with Co-Chair Dr. Raphael Kudela, Professor of Ocean Sciences and a phytoplankton ecologist at the University of California.

Dr. Kirkpatrick has served on the NHC Education and outreach Committee and has been a member of NHC since 2008.  She has more than 12 years of experience studying how harmful algal blooms affect human health.  At Mote she co-led the only long-term study of how Florida’s red tide affects humans, including those with respiratory illnesses.  She also developed Mote’s Beach Conditions Report, which provides the public twice-daily updates on Florida red tide effects, wind direction, rip currents and other conditions at 25 beaches on Florida’s Gulf Coast.

In a press release outgoing Co-Chair Dr. Don Anderson, a Senior Scientist at the Woods Hole Oceanographic Institution said of Barbara’s election: “she combines years of experience with harmful algal blooms in Florida and at the national level with a strong commitment to education and outreach.  Her activities to inform the public at all levels about algal blooms and their impacts have been creative and productive.  She is also a good leader because she is personable and outgoing, works well with others, but also drives towards a goal with persistence.”

We congratulate Barbara on this great honor!