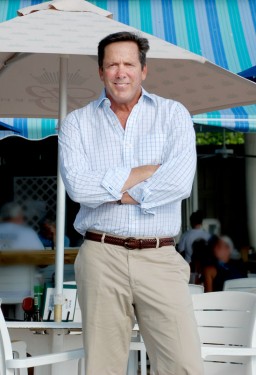 While people all over the world eat mullet, here it is seen as the saltwater equivalent of a bottom feeder like carp.  Ed Chiles, founding START Board member and owner of three local restaurants, has a plan to change that perception.  In an article for the Herald Tribune by Kate Spinner, Ed talked about how he successfully put mullet on his menu last year and plans to put the fish back on his menu soon at the Sandbar on Anna Maria.  The restaurateur hires his own fisherman and pays him double the going rate to ensure that the fish is iced immediately and caught using techniques that do not harm the fishery. He considers mullet to be the ultimate sustainable seafood.

Chiles is also involved with building a U.S. market for mullet roe, the heart shaped egg sac that is prized in Asia and Italy.  The egg sacs are cured and dried and called “karasumi” in Asia and “bottarga” in Italy.  Bottarga is either shaved and served up as an appetizer on bread, or finely grated over pasta as a seasoning, similar to parmesan.

Seth Cripe, a California winemaker, who grew up in Anna Maria, returned to Cortez during roe season and learned how to make bottarga.  Last year he made 2,000 pounds that he sold to some of the finest restaurants in New York City.  Ed Chiles, who helped secure those sales, calls bottarga Cortez gold.

Next: Deal on Everglades Restoration Plan